You have no items in your basket.

The ADM design emanates from functional foot anatomy and kinematics.  The mean dominant axis of the sub-talar joint is generally accepted as being 42 degrees from the transverse plane and 16 degrees from the sagittal plane.  The ADM has a jointed mechanism aligned to the dominant sub-talar joint axis. The range of motion is limited to 5 degrees of varus to 30 degrees of valgus.

A second ADM joint is aligned to the mean dominant axis of the tibio-talar joint. This axis is generally accepted as running 20 to 30 degrees from the frontal plane and 8 degrees to the transverse plane when the sub-talar joint is in a neutral position. 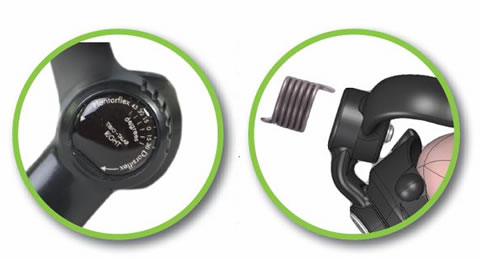 The effect of the torsion applied by the ADM to the Sub-Talar Joint (STJ) and the Tibio Talar Joint (TTJ) is to apply abducting and dorsiflexing forces to the foot. 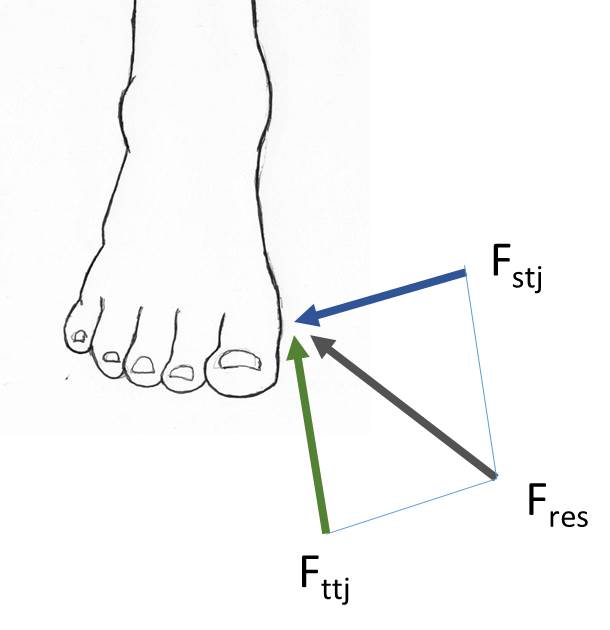 To appreciate the magnitude of the net resultant force on the foot it is easiest to consider a point force or weight applied to the MTP1 (big toe area) as you might do when examining a patient to test their range of motion and stiffness.

For a given spring strength the force will reduce as the foot length increases. For this reason we require stronger springs for bigger longer feet.